The Haters: Exposing the Haters in the Pews By Minister Marlene 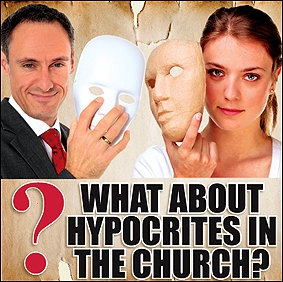 The haters in your life may come and go. Sometimes they remain, and you become the object of their eternally seething hatred. Pam Sheppard, wrote an eye opening article about high ranking haters she battled with, when she had her church. Her surprising revelations inspired me to pen this article. The hater in church is just as lethal as any hater anywhere. Haters were around since the Garden of Eden Who was Cain, but a hater who killed his own brother out of jealousy. Who was Saul, but a hater who spent his time trying to kill David who would be King.

Who were Joseph’s brothers, but a family of haters, who didn’t want to see Joseph do better than them. Who was the prodigal son’s brother, but a hater who got angry because his long-lost brother was favored with a feast.  And look at our precious Lord, Jesus Christ of Nazareth and how a mob of Jewish haters roared ” crucify him “.

Church is often a hotbed of opportunity for ” the hater “. A hater in church can deftly hide behind a bible and a prayer. It’s easy for the hater in church, haters in the pews, usually have a long shelf life. Haters thrive in church because too many believers, have a unscriptural view of what it means to be a peace maker. Therefore ” the hater ” has a field day in church, and their covert camouflaged combativeness, and undercover hateful behaviors go unchecked.

When you were a newbie in church, it took you a while to recognize ” the haters “. You thought your mind was playing tricks on you. You wondered how it could be possible that Sister Shirley or Brother Mark could have spread the rumor about you having a crush on the choir directors husband. You wondered who told the prayer minister, that they thought they saw you coming out of a bar. Could it really have been  smiling church Sister Sarah, who was always calling you to talk about the Lord.

Is Brother Mark the one whispering to the pastor behind your husband’s back , spreading all those lies about his so-called failing health? You heard rumors, but it took you a while to realize that ” the haters ” in church were just as treacherous as ” “the haters ” in the world.

As it was in the evil days of Noah so it is now in the organized church.

If you need deliverance from demonic affliction, church abuse or any other burdens, call Sheppard’s Counseling now at (518)477-5759. Pam Sheppard and her team of supervised deliverance minister’s are waiting to serve you. Pam has been ministry for 30 years and her deliverance counseling expertise is second to none. As I shared in my introduction, an article written by Pam posted here at Pam Sheppard’s Publishing was the inspiration for this post. Please use the link below, to read about Pam’s ministry experience dealing with haters in high ranks. Haters hating, are a reality in church, no matter your station. Go here to read about Pam’s battles with a regional director when she was the pastor of her own church.

Filed under churchfolk, Faces of the Religious Demon

Tagged as haters, the hater

One response to “The Haters: Exposing the Haters in the Pews By Minister Marlene”