The Mueller Report: A Requiem for Democracy 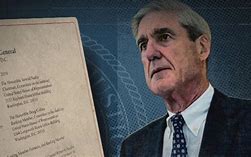 This article is not  a musical composition nor is it a mass for the dead.  This missive is a somber requiem where the funeral ,  though delayed,  is steadily  moving toward the mortuary  and I can imagine  the sound of  the grave diggers’ shovels  at  the cemetery’s gravesite. For deep in my spirit there is a foreboding refrain akin to a solemn requiem  for the death of American  democracy that  we have taken for granted and  grown accustomed to.

For  recent rebellious, defiant events have revealed  that democracy can only stand as long as those in power submit themselves to it and obey the  standards  and laws as undergirded by the U.S. Constitution.  It seems to have never dawned on any politician what to do when all hell breaks lose through a lack of partisan cooperation via simple disobedience.  The Mueller Report provides the framework to proceed yet those in power seem utterly inept and confused as to “what to do and when and how to do it.”

My concerns about Russia  began with a dream I had in the summer of 2011.  I have written about it before.  Simply put, I saw Russians infiltrate this country in a non-military way under the administration of President Obama. Neither a news watcher nor a political person, I began to “keep my eyes and ears open.” .

At the time of the dream, it appeared as though #44 was not going to be re-elected.  But he was.  And I kept on watching for the next 5 years.  Then it happened.  On October 7, 2016, I was sitting on the floor packing my belongings in preparation   to move into the home I had just committed to buy, when the “event” I was waiting  for was announced on TV.  Russia had infiltrated our democratic elections in an non-military act of cyber warfare.

The Mueller report provides a rather clear account of this non-military warfare strategy and implementation.  Here are the details that fill in the blanks of my 2011 dream.  For in the dream, I saw a computer crash, blink and then go dark.  Now I understand what that meant as depicted in Volume I of the report:

There was more in my 2011 dream.  The dream ended with   a warning to start prepping with food and water.  Why that is, I don’t know.

Will there be a civil war that results in a literal Russian invasion?  The bible predicts it if the USA is Mystery Babylon.

The irony is that this is a  requiem because the political leaders are either weakened or blinded.  Present day  politicians are  the pall bearers.