People Pleasing, the Flesh and Resisting the Devil 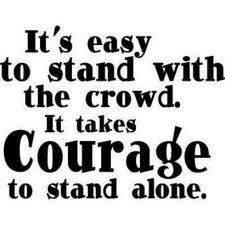 Consider Jonah and his disobedience and sudden flight from God to a ship filled with men about to be shipwrecked because of Jonah’s folly. So to find out why they suddenly entered into a severe storm, the men on board cast lots and the lot fell to Jonah. Once Jonah was revealed, he confessed. You would have thought that the men would have immediately picked up Jonah and thrown him off of the ship. Instead, they tried to row faster. Yet when all human effort failed, they reluctantly threw Jonah overboard and peace immediately prevailed for them.

Why didn’t Jonah just jump overboard himself? Perhaps it was not physically possible and he needed someone to lift him up and cast him into the sea. My suspicion is that as it is in most cases, the people who are bringing storms into our lives are “all about self,” especially when their needs are being met by us.

However what I have learned by experience, is that once the cause of an attack has been uncovered or revealed to me, my next step is to refuse. Sometimes you have to refuse a condition or persuasion that is within your personality or in other words, a refusal may have to be made to your flesh.

For example, if you are a person that must be liked or approved of by others, you will have to refuse your flesh in this regard. If you can answer an emphatic “yes,” to the following statements as conditions of your own flesh, refusal will eventually be in order, if you are going to effectively resist the devil:

• I try to avoid being alone

• I let other people decide what to do.

• I get upset when people don’t include me in their activities;

• I am stressed if I don’t include other people in my plans;

• I hate any form of confrontation;

• I can’t stand being left out of things;

• I am emotionally dependent upon people.

So one way to crucify your flesh is by refusing to act out its nature.

Besides refusing your former nature without Christ, there are times when you also have to refuse your former perception or understanding as it relates to spiritual and religious matters. In fact, refusal is one of the ways that we cast down our imaginations, and every thought that is contrary to our obedience to the inner leadings of the Holy Ghost.

For example, if you have assumed that God would not allow the enemy to deceive you under any circumstances, to resist the devil that is assigned to you, you will have to refuse every thought connected to this false assumption. I personally know from experience that I can be deceived by the enemy because I have been, several times in fact.

Here is a personal example. It has been revealed to me that in 1996, I founded a church based upon the nature of my flesh and the leading of the religious demon assigned to me. Certainly, I believed that I was led by God at the time. However, with the discernment and the enlightenment that I have received over time, I can look back now with such understanding. What was confusing and complicated in 1996 is obvious and simple today.

Once my eyes were fully opened in 2008, I had to exercise refusal by closing the church doors. Certainly I had to face opposition to closing it. In fact, for a year, services continued in a members home, until her eyes were also opened and the doors of the church were permanently shut, never to open again.

As soon as I took the first step of refusal as I resisted the devil, the next revelation followed. Since the enemy was the secret force that led me to start this church in the first place, it logically and spiritually follows that each and every person who played a significant role in its operations was sent by the enemy also. In 13 years, several people were involved. Out of all of them, I have contact with two persons from the former church.

I’ve just published a new e-book entitled “Be Delivered From Deliverance Ministry”.  If you have been in  bondage to people pleasing with deliverance workers who caused your spiritual and physical condition to worsen, you need this book.  If you have ever been in a deliverance session that lasted longer than 5 minutes, this book is for you.  If you have read a lot of books on deliverance ministry, this book will un-ravel the confusion and de-mystify how to cast out demons.