Fallen Angels: A Snapshot of a Gargoyle’s Head!

Gargoyles vary in their appearance.  I found a picture of a gargoyle who resembles the one who appeared in picture taken of me. Here it is. 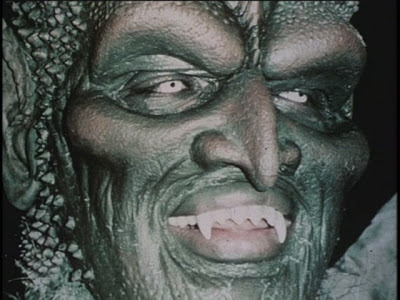 I have seen fallen angels and demons on photographs at least 10 times or more over the last 40 years.  Never have I seen one of God’s angels so I don’t know what they look like. However, others have seen an angel covering me while I preached. I have been told that if I stepped left, he stepped left. If I stepped right, he stepped right. He is described as big, tall and fierce.

I was born again in my apartment on March 29, 1977, at 4pm on a Monday. In 1978 or thereabouts , I counseled narcotic addicts and alcoholics in recovery at a 24 hour drug rehab in the inner city. I recall an incident  when a drunk client tried to attack me while I was alone at night  in my office.  He threw several punches  that landed about 1/2 an inch from my body. Finally, he fell to the floor, wailing and screaming. I let him sleep it off in the building and I did not call the police.  The next  day when he was  sober and in his right mind, the man said “you got  powerful spirits with you. My demons told me to beat you down. But when I tried, I hit something like plexiglass. I could not break through it to strike your body.”

THAT HAD TO BE THE WORK OF THE ANGELS GOD HAS ASSIGNED TO ME!

So check out this photo!

It was taken of me 37 YEARS ago  after I had delivered my trial sermon and was licensed to preach. It was October 25, 1981.

Once you enlarge the photo, you can see on  my left hand side in front of a brown wood-paneled wall, a huge head of a gargoyle. Turned toward me in a 3/4 profile pose, his green eyebrow is touching my left hand—-my healing hand. That touch gave me occult healing powers which I was deceived for 25 years to believe was God’s power. Once it was revealed that my healing powers were occult, I do not lay these hands on anyone. If it is the devil’s power, I don’t want it!!!! I no longer need to touch anyone.  All  do is ask God for healing of anyone, anywhere in the world, and by faith, the Holy Spirit backs me up!

One thing is for sure. All this particular gargoyle has been able to do to me  in over 41 years born again is in the realm of  deception, as my “messenger from Satan” specializes in false religion.  Perhaps my protective angel whom others have reported seeing has successfully kept me safe from the evil one. That one who covered me in what the addict called “plexiglass.”

About 50% of the book “Come Out of Her, God’s People”  is autobiographical.  If I had not written this book, I myself would not be able to remember the numerous supernatural experiences I have  had over the decades. This book, though completely true, reads like a novel.

The book I wrote where fallen angels are the main focus is called “The Fake Jesus: Fallen Angels Among Us.  When I was completing the final draft about 10 years ago, in every sentence in a book which is over 200 pages, the word “angel” was completely wiped out.  Over 600 times!!! So I had to manually replace each word.  I must tell you that I missed a handful of spots.  So if you see the word “fallen” in a sentence as you are reading your copy of the book , in your head just add in “angels.” You’ll be fine as “the Fake Jesus” is my most  important endtime work.  Just be aware that one of my clients for deliverance reported that while reading “the Fake Jesus,”  the demon in her lifted her hand and hurled the book across the room.   Evil spirits detest the book as it exposes  more than they want us humans to know about them!!!!

Want to Learn More About These Creatures?

To understand  the agenda and the strategies of  the spirit of the Antichrist aka the religious demon, then you really  need all of my books.  Yet if you can only get a few, I recommend Faces of the Religious Demon and The Church of the Endtime Zombies .  These 2 books present actual profiles with findings, conclusions and spiritual warfare recommendations.  Also, check out any  one or all  of the 11 free online courses specifically designed to assist you with your self-study including   two e-books per course, averaging about $10 per ebook.

Supernatural  experiences with angels, devils and demons are described in my shortest book, Be Delivered From Deliverance Ministries.  So that you know up front,  I suspect that some of the tenets and practices of deliverance ministry were designed by Satan himself.  This ebook is only $5.

At Pam Sheppard Ministries, the deliverance coaching  staff is very approachable and responsive. If you need to be set free from evil spirits like that big gargoyle  above,  call 888-818-1117 or complete the contact form below:

One response to “Fallen Angels: A Snapshot of a Gargoyle’s Head!”