Delivered from Addictions and Finally Free: Part 1 By Minister Micael

Dear reader, this is the story of my deliverance experience. I was constantly depressed before the year 2000. It got worst in junior high. And even more of a problem when I started drinking during the second half of high school. Then I fell into zombie mode, by way of drinking vodka most days, for the period of a year. I had the demon of death on me. I was in so much torment that I wanted to embrace death.
Some school days I’d stagger home, then pass out for the rest of the day. I would be worn out. Not able to address life, or be sober enough to see what was in front of me. After I came down from the effects of regular usage, I could hardly make it through the sober days. I could hardly cope, because of overwhelming anxiety and depression.
While I was liquored- up, I’d read a meditation book which the authors claimed to be inspired by angels. In addition, I would alternate my reading with a new-age occult book called the Ennegram. I was attempting to learn and understand myself into salvation. The reading material promoted the belief of mine that if I could only ” not be ignorant ” and ” know enough ” about my personality I could save myself from self-destruction; a belief in Gnosticism.
One day, after many years, having lessened my alcohol use, I witnessed a family member pass away as I stared at them. It was slightly traumatic…
A month later I admited I could not continue going on the same way and I knew I needed God’s help. I merely kept this stance in mind in December of 2009. While I was wandering around Youtube in mid 2010, I came across a well known Christian channel, and began to watch it regularly. Months went by, and I started seeking Jesus. A seed had been planted and started to grow…
My story of deliverance and true salvation will continue in my next article. Until then know this: if the Son has truly made you free you shall be free indeed! (John 8:36)
If you need deliverance, and are experiencing affliction of any kind, please call Sheppard’s Counseling Center now! Pam Sheppard, a true woman of God counseled me into true salvation. God is not a respecter of persons, he will do for you what he did for me. I look forward to meeting you again in Part 2….
To be continued… 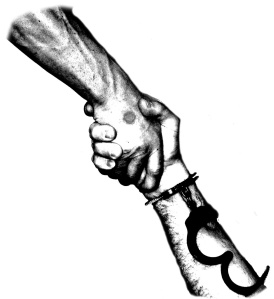