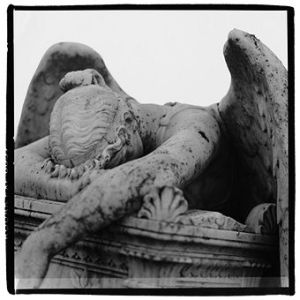 It is not easy to teach another how to try the spirits to see if they be of God. Not easy by a long shot. Practically everything I know was acquired by personal experience. Now some may think that personal experience is not the best way to learn spiritual matters and so I am expecting that the bible thumpers will say that you try the spirits by “the word.” You need to know that the enemy knows the word better than we do. The enemy even knows how much YOU know about the bible. So he can line up the experience or communication with scriptures, the way YOU interpret them. He also knows US. That is why many sincere believers are being destroyed for a lack of knowledge of how the enemy works. Beside knowing how the enemy works, we also need to have an abundance of self-knowledge and an awareness of How the Holy Spirit works with us.

That is why it is difficult to lay out a prescribed course of study relative to how to try the spirits. With that said, there are some general principles that comprise bits and pieces of information that may be helpful to you. The bible speaks against doubt where it comes to faith and calls it wavering. However where it comes to testing or trying something supernatural, doubt is your best friend.

Consider this personal example. In 1985, I received a dream where a muscular, huge Mr. Clean looking man said “I am an angel sent from God to show you your ministry.” I believed every word he said. Doubt never crossed my mind. Yet HE WAS AN ANGEL OF SATAN and not an angel sent from God. One of the reasons I did not doubt was because the message line up with things that were going on in my life and the desires of my heart in those days. Simply put, “there was loads of confirmation” that the message actually was from the Lord. I held on to this message for the next 2 decades, until “I doubted it.” The next thing I noticed was “detail.” This entity had loads of details about what my ministry would be, how it would operate, who would be involved, how much money it would take to operate annually, even drew a blueprint of the operating facility. Details, details, details!!!! I have since learned that the Lord does not operate this way. He simply guides your steps and the next thing you know, you are ministering in ways that you never expected.

Another important principle to consider is motive: The enemy’s motive, God’s motive and YOUR motive. In fact, YOUR motive could influence you to desire to accept the message as being sent from God. Revisiting the message from the bald-headed angel, I was single at the time, expecting and waiting on Mr. Right, trying not to settle for Mr. Right Now. SO I HAD A MOTIVE CAUSE I WAS GETTING TIRED OF WAITING. I also held the false belief that I would always be hindered in ministry unless I had a husband in a co- ministry. In the message, I was told that Mr. Right would be the director of operations in what was described as a huge residential facility for ex-offenders and addicts in recovery. Looking back, I can clearly see the enemy’s motive. His intent was to destroy me by sending Mr. Wrong and using the details in this “angelic message” to cause me to make the wrong choices. It worked. God stepped in and spoke to me saying “the man you married was sent by the devil to destroy you. “

This foolish statement is what we ALL say when we have not faced the desires and motives of our heart. In such cases, re remain the enemy’s primary target for more deception and attack. Finally, there is that fruit of the spirit called PATIENCE. Many times, the supernatural experience does not contradict the bible but you can’t find anything in the bible to justify the experience. SO YOU HAVE TO WAIT!!!! perhaps years, even decades. Since I work with people on a daily basis to not only know God and the bible, but also themselves and the enemy of their souls, these words from “War on the Saints by Jessie Penn-Lewis rings true: Apart from such knowledge, when thinking he is “fighting for truth,” it is possible for a believer to fight for, defend, and protect evil spirits, and their works, believing he is thereby “defending” God, and His works; for if he thinks a thing Divine, he will protect and stand for it. It is possible for a man through ignorance to stand against God and to attack the very truth of God, and also defend the devil, and oppose God, unless he has knowledge.